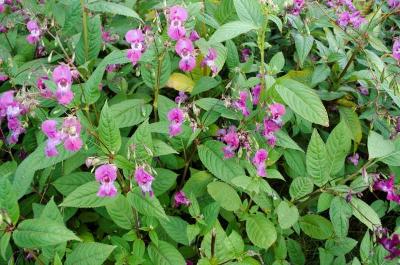 Problems on private land is the responsibility of the land owner and must be reported to them.

What is Himalayan Balsam?

Himalayan Balsam is an invasive plant species which grows and spreads quickly on river banks, waste ground and damp woodlands. The plants grow densely and stops the growth of other plants and grasses.

To report a Himalayan Balsam problem on public land we own complete the following online form:

Once you have reported the problem, you will be contact by one of our officers to acknowledge your complaint before we investigate it. Our Parks Team will then inspect the problem as soon as they can and take the appropriate steps to remove the weed.