Preston recognises the value of international exchange and has links with 4 towns across Europe.

Town twinning started as a way of building strong community links across the European borders following the second world war.

The belief was that if towns could establish friendly links, crossing political frontiers, then their nations would be less inclined to enter into conflict.

The modern concept of town twinning is to promote the cultural businesses and educational similarities and respect differences between the people of Europe. This bringing people together, allowing citizens of the twinned towns to experience and explore other cultures, whilst encouraging economic development and trade opportunities.

Preston is twinned with the following towns giving citizens the opportunity to come together with sister cities over a wide range of interests and activities: 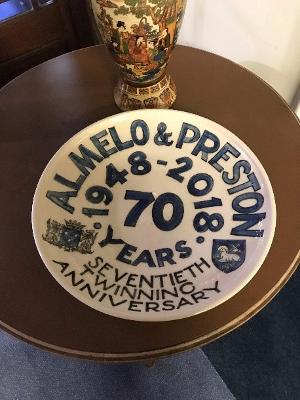 Almelo is a City in the Netherlands that is 15 miles west of the German Border. It is Preston's oldest twin town after becoming partner towns in 1948. Almelo's connection with Preston is that they are linked with textiles, with the main industry being cotton.

Almelo was once the flourishing centre of the textile industry in Twente. A number of old buildings have been preserved and are a reminder of a time when the textile city was at the core of industrial development along the canals of Overijssel.

Many other beautiful spots in Almelo have been preserved, with the town now relying heavily on the service industry and some manufacturing and transport firms.

At its 70th twinning partnership event in 2018, the Mayor of Almelo gave the Mayor of Preston a circular dish that is on display inside the Town Hall.

Preston is twinned with Nîmes, France in 1955, again with textiles being the common interest.

Nîmes derives its name from a spring in the original Roman village. Veteran soldiers who served Julius Caesar during his Nile campaigns were rewarded with the land of Nîmes, which was the route that connected Italy and Spain.

This French city gave the world denim. This hard wearing cotton cloth was originally known as 'de- Nîmes' before it was shortened down to denim.

Nîmes is home to the Pont du Gard Bridge and the Arena of Nîmes which were both built around 100 AD.

The city has expanded considerably since the 1960s with a population now 151,000, attracting population from its rural hinterland.

Its economy is dominated by administrative and service activities and a refurbishment of the city centre has further enhanced its tourist appeal. Traditional industries such as the manufacture of textiles, clothing, and shoes have all declined.

A group of French students came to Preston for two weeks in February 2019 to take part in an English Language course as well as meet some of Preston's business and political leaders. 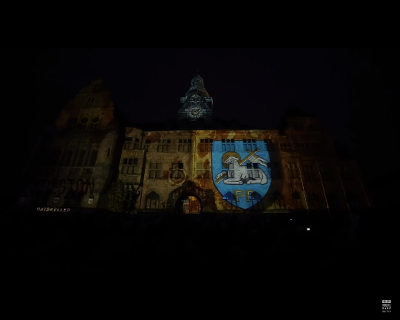 Preston and Recklinghausen have been town twins since 1956. Recklinghausen is the northern most city in the Ruhr-area of Germany with a population of 114,000.

Recklinghausen also hosts an annual Light Show at the end of October. In 2015, their light shows theme was 'sister cities' and Preston's emblem was lit up on the front of one of the buildings.

It was originally a Saxon settlement that became an imperial town under Charlemagne. The discovery of coal in the locality during the 19th century led to rapid industrial development, but the old town centre and numerous park areas were preserved.

In 2016, Recklinghausen and Preston shared their 60th twinning partnership anniversary where Preston representatives invited Recklinghausen civic guests for a two-day stay in Preston. 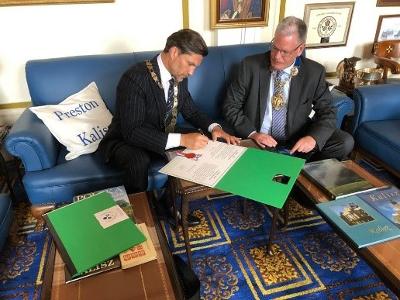 Kalisz and Preston began their twin town status in 1989 and Kalisz is the oldest city in Poland. 95% of the city was destroyed and the population dropped to just 5,000 after World War I which they had to rebuild from scratch.

The city now has a population of just over 100,000.  Now industrialized, Kalisz specializes in textile production, a trade begun during the 15th century. Engineering and food processing are also important to the local economy.

The City contains many scenic parks and historic churches, as well as a theatre and regional museum.

Preston Ukulele Strummers Society went on a trip to Kalisz in July 2018 and said it is similar to Preston because it has a great café and bar culture.

During its 30th twin town anniversary with Preston, the mayor of Kalisz came to be given a guided tour of UCLan and took part in other events around the city.