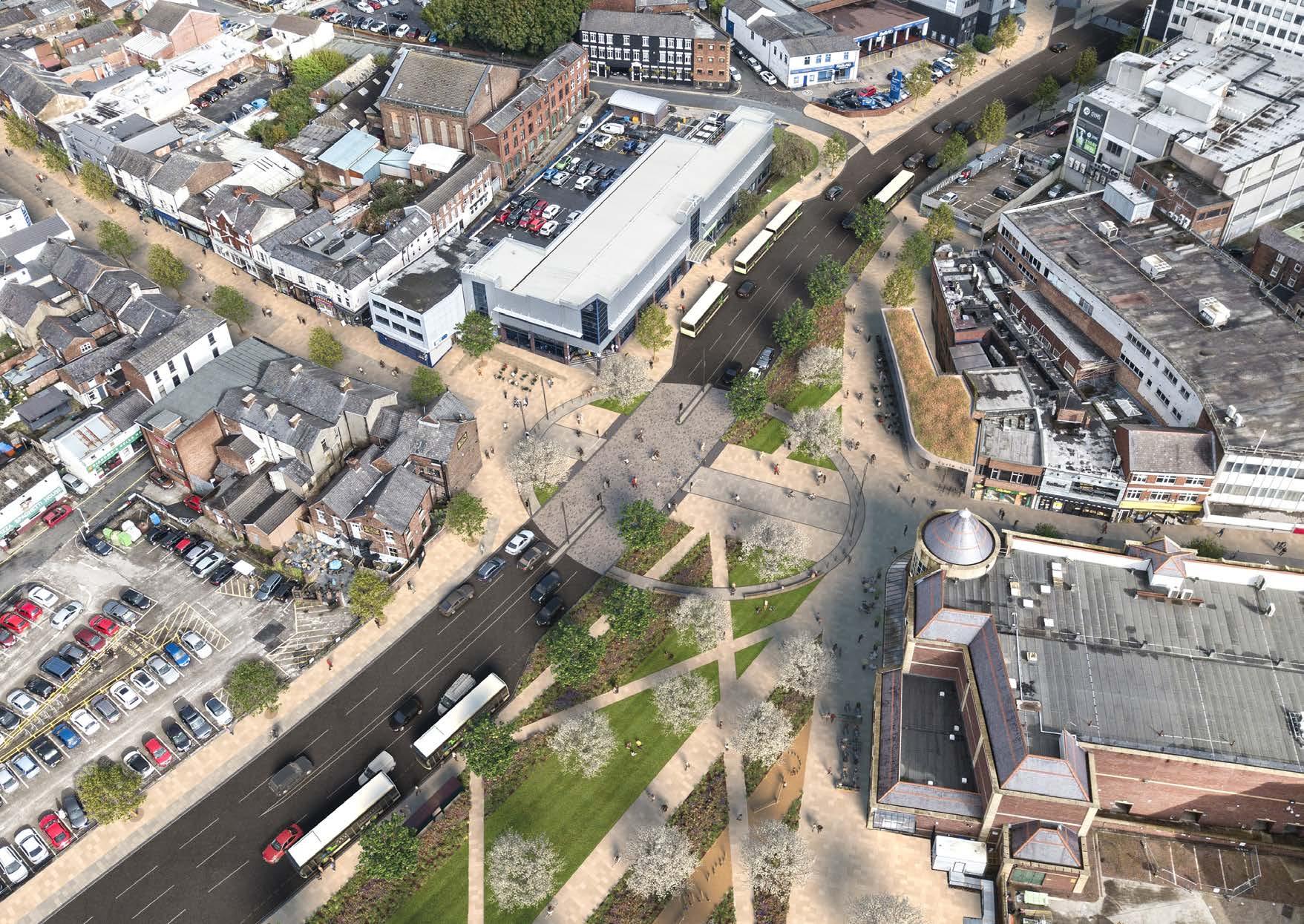 A bid for up to £182m funding has been made by Lancashire County Council to further improve transport infrastructure in and around the Preston area.

If granted, the money from the Transforming Cities Fund would support schemes across the city and the wider sub-region aimed at bus, rail and active travel designed to improve journeys and tackle congestion.

Last year Preston was short listed as one of just 12 city regions nationwide, with the prospect of receiving a share of £1.2 billion in the government's Transforming Cities Fund.

The aim of the Department for Transport initiative is to drive up productivity in cities through improved connections between urban centres and their suburbs.

Now concept plans looking to upgrade rail, bus, cycling and walking opportunities across the city have been submitted to the government for consideration in the form of a strategic outline business case.

The bid is supported by partner organisations from the public sector, including Preston City Council and South Ribble Borough Council, the Lancashire Enterprise Partnership and University of Central Lancashire (UCLan), and local bus and rail providers.

Should the bid be successful these early concept plans would be worked up in consultation with partners and key local stakeholders and would be subject to normal planning processes where appropriate. People would also be fully consulted about each aspect of the scheme.

"These are really exciting plans for the Preston area and I am very hopeful that the Department for Transport will look on them favourably.

"The Preston area has been a real economic success story in recent years and these plans would allow us to build on the good work of the City Deal.

"If successful the bid would deliver a substantial and interlinked package of sustainable and active travel measures using the latest technology and learning from pioneering examples of good practice from this country and abroad, helping people to move in and around the city more easily.

"We're excited by these transformational and ambitious plans to improve the transport infrastructure of Preston with a focus on low carbon journeys and green travel.

"As the city continues to grow and attract more people to live and work here it's vital that our transport networks meet the current and future needs of our communities, businesses and visitors.

"These plans outline essential ways to relieve pressure on roads and promote alternative means of travel to the motor car and are another example of how, along with our partners, we continue to explore every opportunity to improve transport and connections in and around the city."

"We are delighted to be supporting Lancashire County Council's bid to receive up to £182m from the Department for Transport as part of its Transforming Cities Fund.

"We are confident that the proposals put forward represent a really strong case for Preston and the surrounding areas - including towns such as Penwortham and Walton-le-Dale on our side of the River Ribble - to receive this funding.

"For example, the projects that would really benefit from this additional cash boost - such as a replacement of the Old Tram Bridge, and improved cycle links - are ones that we know our residents in South Ribble will really get behind.

"Therefore, I would urge the Department for Transport to look very closely at our bid and recognise all the tangible benefits it will have on residents and the numerous different modes of transport that this funding supports - car travel, bus travel, rail travel, walking, and cycling.

"We are all crossing our fingers that this funding comes in and we look forward to the announcement with great anticipation."

"As a major economic anchor institution in the City of Preston, UCLan fully supports the exciting ambitions of these proposals that complement the wider economic benefits of our £200million Masterplan.

"A major factor in achieving our construction objectives on time and on budget has been the close partnership and collaborative working between the City, County and University.

"The Transforming Cities bid demonstrates a compelling blueprint to upgrade infrastructure for all modes of transport across Preston. If successful, it will be truly transformational for our City and the wider community."

The bid comes after consultants were commissioned to draw up a 20 year vision for the Preston City area which was published last month.

Members of the council's Cabinet have agreed to use the report as evidence to inform current and ongoing transport-related planning and investment programming.

Lancashire County Council's website has more information about the bid.

Preston is one of just 12 shortlisted Transforming Cities Fund city regions nationwide with the prospect of receiving a share of £1.2 billion, to be spent by March 2023, aimed at driving up productivity through improved public and sustainable transport connectivity.

The Preston, South Ribble and Lancashire City Deal has provided a strong foundation for the subregion's proposition to the Transforming Cities Fund, and the delivery of the four major road schemes under the City Deal provides the backdrop, and the means, to deliver meaningful and transformational public and sustainable transport measures across the city and wider sub region.

A total of 800,000 working-age people live within a 30km radius of the Preston area and 25% of the UK's total workforce within one hour's drive-time.

Commuting is currently dominated by car travel - 75% of journeys to work, compared to just 9% for public transport.