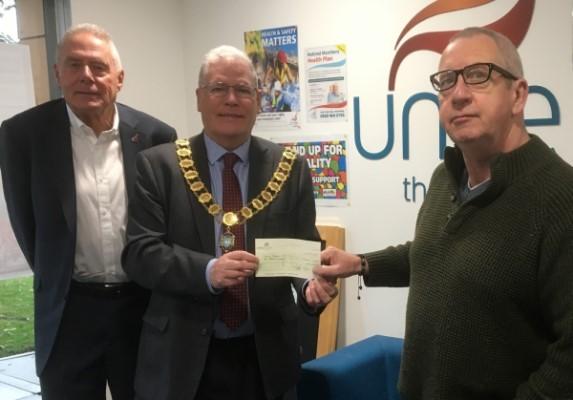 The four charities that this year's Mayor of Preston is championing have received a welcome boost from the Preston branch of Unite union.

In his role of Mayor of Preston for 2019/20, Councillor David Borrow applied to the Unite union charity fund. The bid was successful and the Mayor was presented with a cheque for £2,000 by Preston City Councillor Phil Crowe and Unite representative, Mark Yates.

I'm thrilled that my four Mayoral charities will be sharing this much needed funding and that the Preston branch of Unite union accepted my application.